There were numerous European masters who left manuals and records on such martial arts but these were often coded in poetry. In this day and age, the HEMA community has continuously been acquiring, interpreting, as well as translating these coded manuals to reconstruct the learnings of medieval martial arts

This is specifically a medieval martial arts combat system that was taught during the late Renaissance, Medieval, and Early Modern periods by the Holy Roman Empire. The center of this tradition originated from the area which is now known as Southern Germany; and during that period when these traditions were taught, it was referred to as the Art of Fencing or Kunst des Fechtens.

Although this school mainly focuses on the utilization of the double-handed longsword, it also characterizes the many uses of other types of weapons such as the daggers, messers, polearms, staff, and a lot more. By the early seventeenth century, this German tradition was greatly surpassed by the Italian School of Rapier Fencing but the practitioners from the German school persisted until the end of the eighteenth century. Fencing using the German longsword eventually became the focus of the historical European martial arts since the late nineteenth century when Alfred Hutton popularized this. 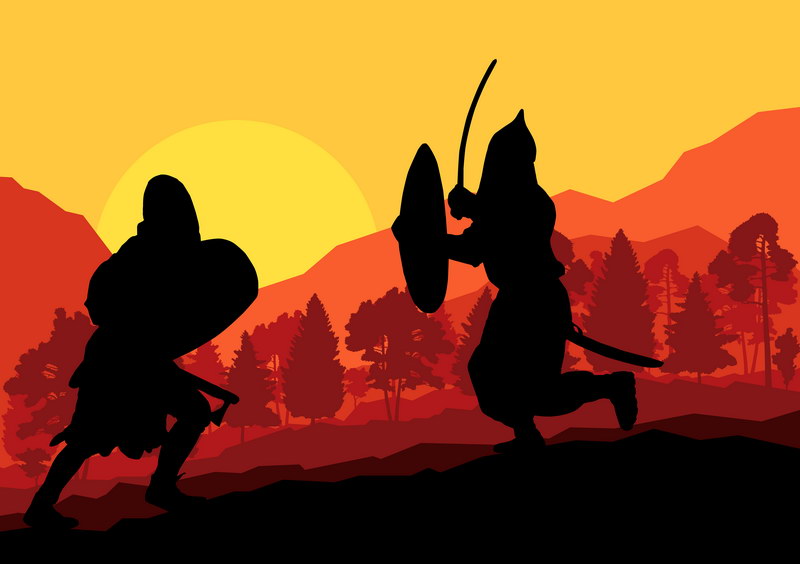 The medieval martial arts of Ringen – a German term for wrestling / grappling, but in the framework of the German School of Historical European martial arts, the ringen generally refers to unarmed combat such as wrestling techniques that are utilized as part of swordsmanship. As for the rule sets of Ringen, there are no known records or sources that describe these, yet there are numerous folk wrestling styles in Europe that are fought until one completes a throw.

The tradition of ringen was eventually surpassed in the seventeenth century as contemporary Baroque, making it possible for the higher class to participate in wrestling matches. Despite this, wrestling was continuously practiced by the lower class men that eventually gave rise to numerous traditional styles of folk wrestling.

Jousting is another popular medieval martial arts which is among the numerous hastilude that has two horsemen wielding weapons with blunted tips; this is usually a portion of a tournament where its primary aim is to imitate a clash of heavy cavalry where each opponent attempts to strike each other while rushing towards one other at top speed. 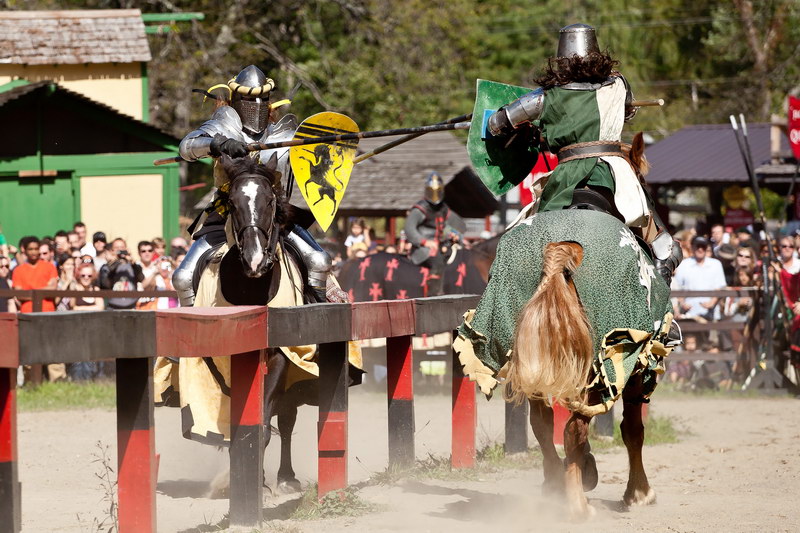 Other possible moves for jousting include breaking the jousting weapon on the opponent’s jousting armor or shield or even unhorsing him. Jousting is one of the medieval martial arts that eventually became one of the iconic characteristics of a knight from the medieval period; also, those who participated in this experienced three and a quarter times their body weight once the joust weapons collided with their respective armor.

Jousting has been based on the military utilization of the joust weapon via heavy cavalry and it slowly transformed and developed into a special form of sport during the late period of the middle ages. It remained a popular sport among the noblemen of Wales, England, and Germany throughout the whole period of the sixteenth century. In England, it was considered as the Accession Day’s highlight of James I and Elizabeth I; plus, it was also part of numerous festivities present during the marriage of Charles I.

Popular Types of Swords Throughout History Throughout history, different types of swords have been utilized by warriors who charged and fought on the battlefield. Generally...
0
Read more
History and Culture

In ancient Greece, warriors developed from armed bands led by a certain leader. They shifted warfare from the rule of private individuals...
0
Read more
Japanese Swords