The Arts of Sword Fighting

Learning Self Discipline Through The Art of Sword Fighting

Swordsmanship or sword fighting refers to the skills and abilities of a person who is well-versed in the art of wielding the sword. The term is considered modern and was primarily utilized to refer to the small sword fencing, yet it could also be applied to any other type of martial art that involved the utilization of a sword. The art of sword fighting was made popular due to its numerous appearances in movies, especially from Japanese films where it owes its prominence. Yet despite this, the various sword techniques have also been a great element of the Western world and the medieval period is excellent proof that swordsmanship was practiced in these areas.

Swordsmanship was first claimed as a type of sport by the gladiators who fought to their deaths in a coliseum; and as time passed, the popularity of sword fighting and love for steel blades grew further, piquing the interest of more individuals to actually wield and learn how to utilize a sword. Throughout the years, when swords further developed and appeared in varying sizes and shapes, so did the sword fighting styles and techniques that involved these have evolved and improved.

Both the traditions of eastern and western martial arts greatly relied on the sword, considering this as the main weapon even before the appearance and utilization of gunpowder which greatly changed the practice and ideas of warfare. Also, the eastern and western cultures created a highly sophisticated fighting style that utilized swords to its best and highest advantage; and although sword fighting is actually a classic art that is no longer utilized for contemporary warfare, the art is still continuously learned and practiced by historical recreation and martial arts groups today.

Fencing today is known as a great sword fighting sport yet in the past, it was considered as a deadly martial art that was practiced by the Italians and Spanish. It was a technique introduced to England by a man named Domenico Angelo, and it was also considered as an art only taught to the aristocrats. There are three primary weapons utilized in fencing and these are the épée, saber, and foil; and although the art has been romanticized by Hollywood, fencing was primarily created and aimed to kill.  Today, the art of fencing is still practiced but as a type of sport in the Olympic Games.

The art of utilizing the longsword requires the wielder to carry the weapon using both hands; it is said to be a very challenging method to perfect considering the weight and size of the sword. Its attacking moves are quite similar to that of fencing where both execute moves that include striking, thrusting and parrying; as for the basic moves for defense, these include stepping and blocking.

Another form of medieval sword fighting that makes use of a shield and broadsword; most of its moves and techniques are based on quick sword attacks and stances which is why mobility is possibly the best strategy to use in this type of medieval fighting. 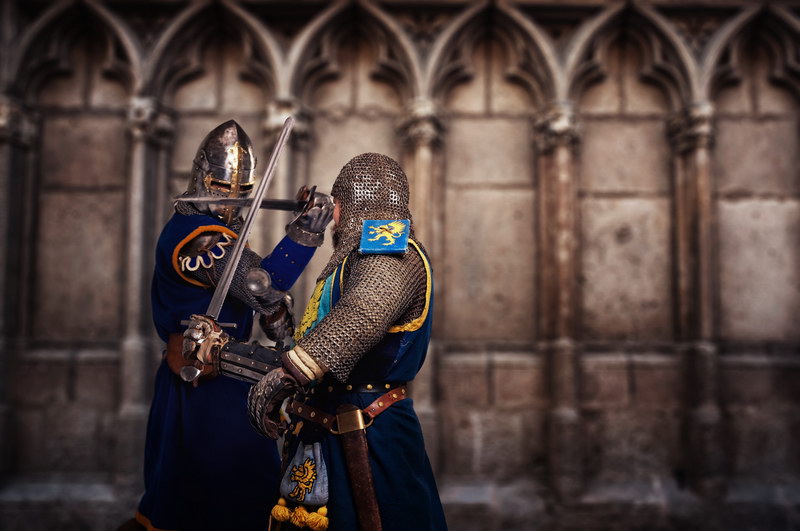 This type of sword fighting focuses on one-on-one battles and since the ancient times, Japanese swordsmanship has been considered as a unique martial art and discipline of utilizing a Katana sword  with two hands. There are three basic methods utilized in Japanese swordsmanship and this includes the iaijutsu, the battoujutsu, and the kenjutsu; also, practicing the art of Japanese swordsmanship requires the practitioner to utilize either a shinai or bokken. 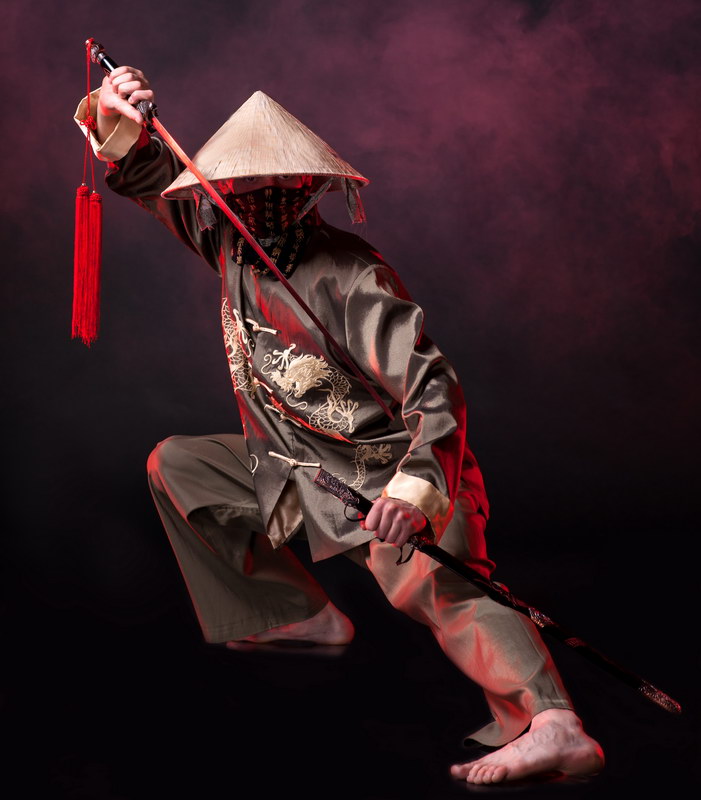 Haidong Gumdo is known as the sword fighting style of Koreans and is based on battoujutsu, kenjutsu, and iaijutsu of the Japanese. Before a practitioner wields an actual sword, they are also required to practice using a Mok Gum (wooden sword). Basic techniques for the Haidong Gumdo include the begi or cuts, chakkom or sheathing, and the palkom or paldo; and although it was based on the three basic methods of Japanese swordsmanship, it still differs from the Japanese style of sword fighting since it readies the practitioner to face and battle multiple enemies.

The Battle Axe A battle axe is an axe that is primarily fashioned for combat. Battle axes were specific versions of utility axes and a...
0
Read more
Japanese Swords

The Samurai of old used a variety of weapons to fight in battlefields. They improvised some of these weapons as they were...
0
Read more
History and Culture

Miyamoto Musashi or also known as Miyamoto Masana, with the Buddhist name of Niten was the most famous and considered to...
0
Read more