The weapons and tools utilized during the middle ages primarily included the different types of medieval swords which were commonly carried by the medieval knight. The medieval knights’ equipment – which specifically included his weapons, armor, horse, etc. – were known to be extremely expensive which is why a single knight’s fighting power was worth ten regular soldiers.

Medieval swords were the main piece utilized by the knights yet these eventually evolved and developed simultaneously with the medieval armor. Weapons such as the bastard sword, greatsword, and the longsword were also categorized as types of medieval swords that were introduced later in the period for use on the battlefield. 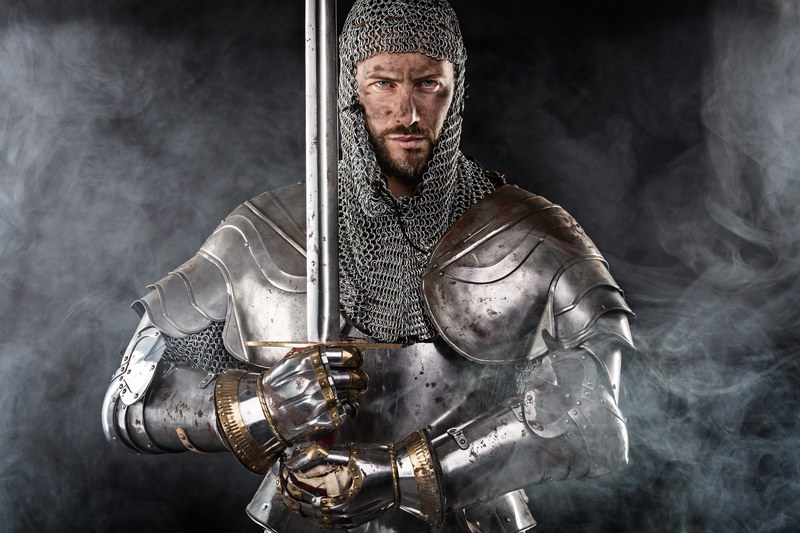 Symbolism of the Medieval Sword

Aside from their strength and power, the different types of medieval swords also exhibit their own symbolic importance since it is usually featured in the Ceremony of Knighthood. Because of its importance and significance, the symbolic meaning of the medieval sword was even depicted in numerous quillion (crossguard) designs which formed right across the sword’s handle, somehow resembling a Christian cross. This symbolism provided a knight the right to utilize their sword to defend the Christian religion.

Aside from these, medieval swords also displayed a certain type of engraving which usually included the sword owner’s name or even words of prayer; engravings may also be entirely decorative and embellished with a variety of jewels.

The Different Types of Medieval Swords

Listed below are the different types of medieval swords:

This is one of the earliest types of medieval swords that have appeared during the sixth century. The broadsword features a double-edged blade that measures around two to three inches right at the base which tapers to a point. Its total length measures around thirty to forty-five inches and weighs around three to five pounds.

Some medieval knights favored the falchion sword which is one of the types of medieval swords that are quite similar to the heavy scimitar. The sword usually features a short yet heavy blade that has a single edge, and these usually come in various forms that were present from the thirteenth century up until the sixteenth century.  In some versions, the falchion appears similar to the seax then later on, the saber; other versions have displayed the falchion with a rather irregular form, or sometimes, just like a machete but with a crossguard.

The greatswords were the types of medieval swords that were large and had double-handed grips that measured from fifty to seventy-two inches, but had an additional length of eighteen to twenty-one inches for its handle. Additionally, the greatswords usually weighed around six to ten pounds and its extended grip allowed the wielder to carry the weapon with both hands. This type of weapon was made specifically for cutting than stabbing.

This type longswords or bastard swords were also referred to as the Hand and a Half swords, and the length of these usually measured around forty-four to fifty inches. The most distinct characteristics of the longsword is not its longer blade, but its longer grip which simply exhibits this as a piece that is primarily designed for double-handed use.  Ewart Oakeshott – a British collector, illustrator, and amateur historian – also distinguishes twelve different types longsword variant. 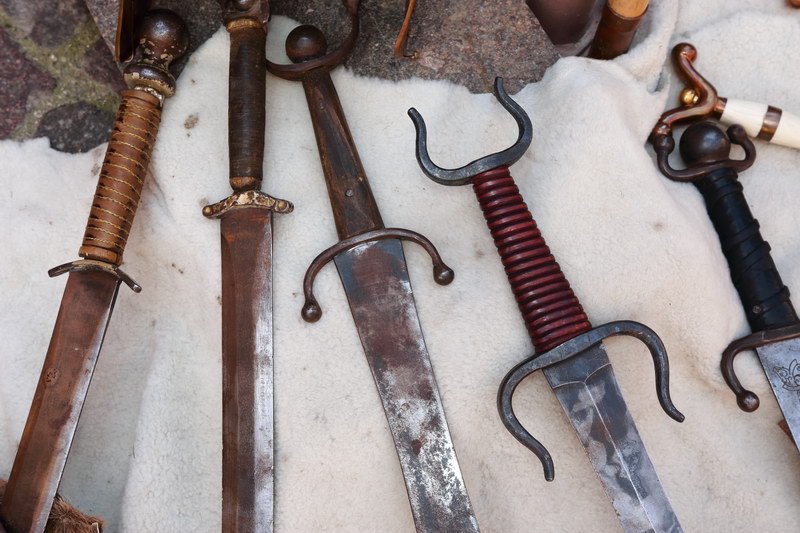 These are the types of medieval swords that were mostly linked with the Saracens of the Holy Land – known as those who fought against the Crusaders. The scimitar featured a distinctly unique curved blade that ended with an extremely sharp point; it was primarily utilized for slicing or cutting an enemy, and also allowed the wielder to easily chop off the head or limbs of an opponent in a single stroke.

These types of medieval swords were first used by the early medieval knights yet were also favored by Viking warriors. It was an effective piece for slashing but against heavy armor, the cutting sword was basically useless.

The HEMA or Historical European Martial Arts is the study and live use of combat methods. These are from the early Medieval...
0
Read more
Medieval Swords

The Story of the Cursed Samurai Muramasa Blades

Swords are a very important part of Japan’s history. It consists of a metal blade that varies in length, configuration, and breadth....
0
Read more